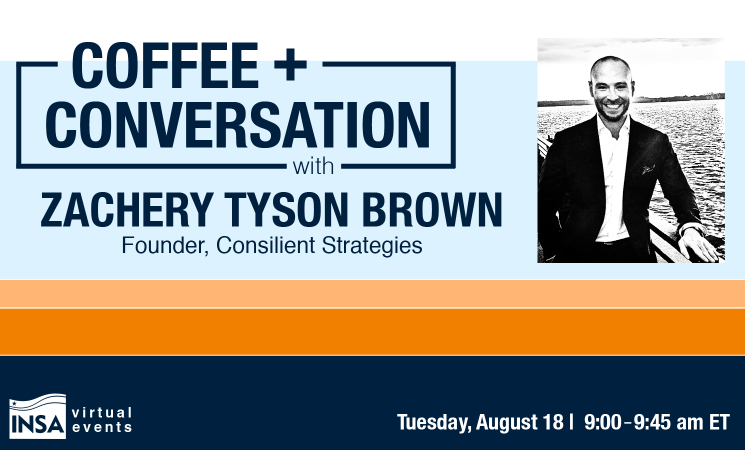 Start your day with INSA! Join us for Coffee & Conversation on Tuesday, August 18 at 9:00 am ET as we sit down with

A strategic futurist, Zachery Tyson Brown plans to discuss his thoughts on why the U.S. national security structure needs a 'software update' to deal with the threats of the 21st century and reconceptualize its view on intelligence and security. In this moderated conversation with Larry Hanauer, INSA's Vice President for Policy, Zachery Tyson Brown will share his views on how our nation can leverage greater diversity and new technologies to gain a competitive advantage over its adversaries.