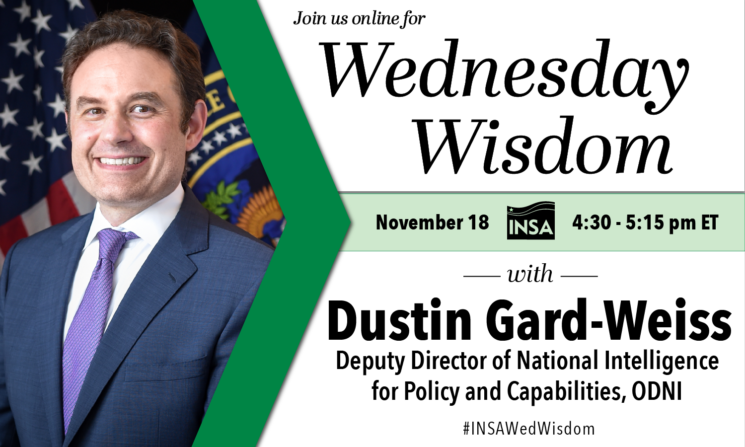 For the next installment of Wednesday Wisdom, INSA is sitting down with Dustin Gard-Weiss, Deputy Director of National Intelligence for Policy and Capabilities, ODNI. Taking place on November 18 at 4:30 pm ET, this conversation will be moderated by INSA's President, Suzanne Wilson Heckenberg, and include time for audience Q&A. We hope to 'see' you there!

Mr. Gard-Weiss will address top IC priorities, major challenges facing the community, and the resource picture for FY21 and beyond.